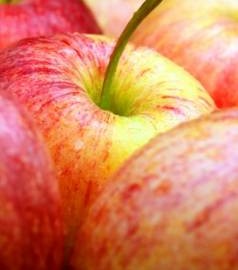 I’m not saying a juice feast is a bad thing, just that it was a bad thing for me yesterday.  I’m not sure if it was juicing or the migraine that did it, but yesterday was a miserable day.

When I heard about the 24 hour juice feast on Facebook, I decided to give it a shot.  I’d had an iffy few days of eating and thought it would be an awesome way to help flush the heavy away and get back on track. I didn’t think ti would be bad.  I’ve mixed green smoothies and veggie/fruit fresh juices with eating for quite a while now and wanted to try a feast.  It was not pretty.

The day started great.  I took my dose of Candigone and followed it with a glass of lemon water like usual. My morning juice was really good and I’ll have it again.  Apples, carrots, celery, ginger, lemon, and cabbage made a slightly sweet and satisfying start.  I sipped slowly and had plenty of water.  I felt fine for a while.

At lunch I went savory with a tomato, celery, garlic, onion, broccoli, pepper, and lemon juice.  It was fantastic and is a keeper.  While drinking I thought it would make a perfect soup appetizer or dinner with some salad and garlic bread another time.  I was satisfied for about an hour, then was suddenly starving.  I made a second batch and was enjoying it when I saw the migraine aura.  I felt the beginnings of a migraine on Sunday, but what hit me yesterday around 2:30 pm was horrendous.  I could barely stand and my kiddos told me I should go lie down.  I went to bed, but took the laptop with me so I could work.  Ha.

By 6 pm, I was done.  I hurt, was just sick, and could not see.  I had to get something else to eat or drink but could not bring myself to turn on the juicer.  The sound would have pushed me over the edge.  I grabbed a cup of cinnamon tea and was again told by the teen girl to go to bed.  She sat next to me and hugged me.  I must have looked like death warmed over because both teens were nice to me and not snarky at all.  I remember hubby getting in from work and leaving to take the boy to baseball practice, and think I remember them coming back.  I do remember asking them to stop yelling because it felt like everyone was standing around me and scream talking.  I was in bed and they were all on the other side of the house.

I have no plans to do it again anytime soon.  I will keep fresh juices on my menu, but not as meals.  Maybe it was the migraine, but I am in no rush to go again.

Have you feasted?  How did it go?