I’ve been getting caught up on my reading while sick, and not just my usual cookbooks. 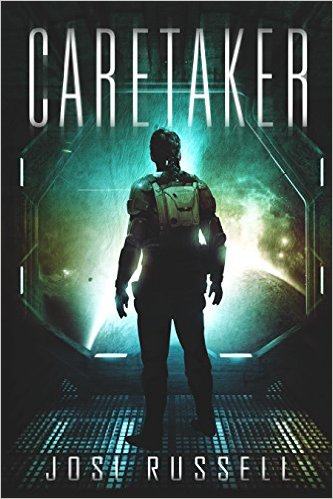 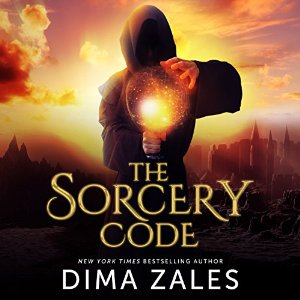 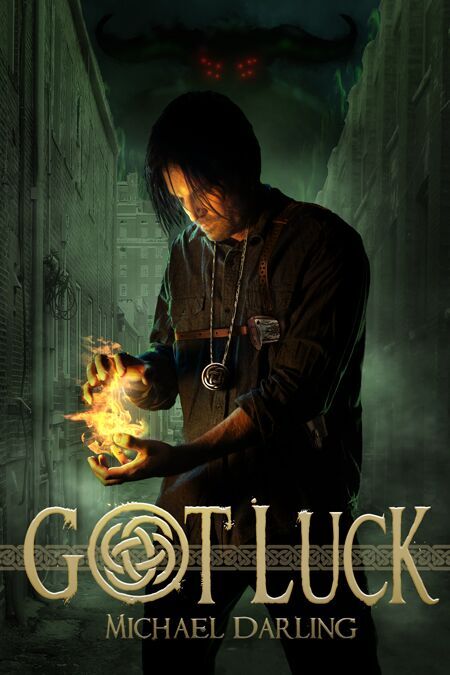 I received these containers at a discount from Tomoson.com in exchange for my honest review.  My opinions are mine and I would not recommend anything I did not believe in. 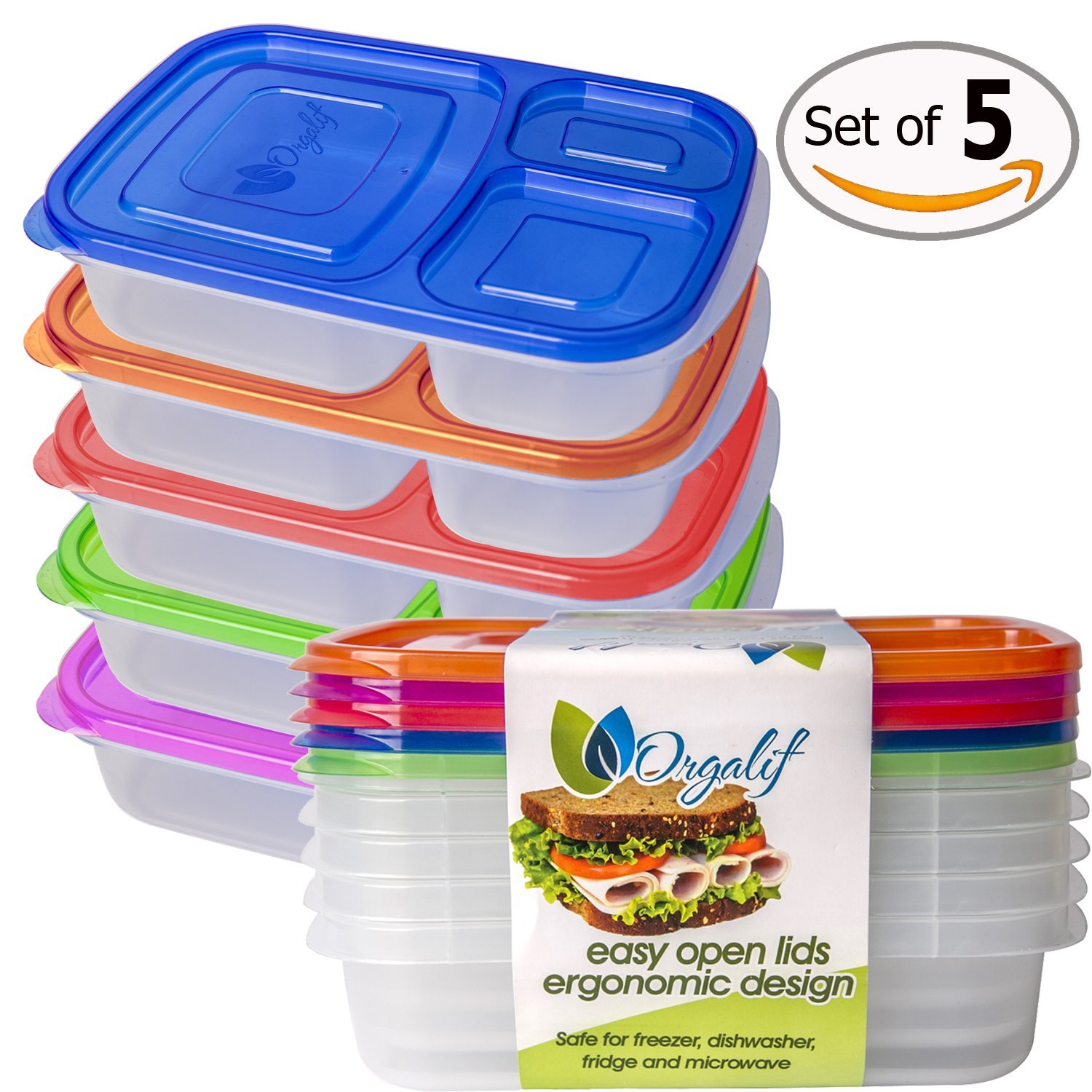 It doesn’t matter how on point your fitness game is if your fueling game is off.  Yes, your calories might be in check, but your optimal balance of protein, carbs, and fat may not be.  I log every meal, whether on plan or not.   Why?  It helps me see why I don’t make progress.  When there are more good days than bad, I either lose or maintain.  Before I started my current food plan, I noticed I reached for fat and carbs more than protein.  A lot more fat than anything else, really.  Yes, almond and sunflower butter are good, but not at the amounts I’d reach for on a daily basis. Oy!

Speaking of, I stepped up my food prep game a few weeks ago and am seeing results.

Note:  Results include increases in energy level, change in how my clothes fit, training gains, and changes on the scale.  No one result trumps or minimizes another.

I’m following the macros from Flexible Dining for Vegans and don’t feel deprived, disappointed, or hungry. One issue I do have, though, is sticking on plan when I oversleep, have back-to-back shifts, or am running around.  One thing that does help is having meals and snacks ready to go.  Instead of relying on shakes or bars for most of it (or trying to rush and fix a plate or bowl), I try to pack individual meals.  I received the opportunity to review a set of Orgalif Bento Boxes and put them right to the test.

The boxes are a good size, dishwasher, freezer, and microwave safe, and the different colored lids were a plus for me. I could reach for the meal I wanted just by spotting the lid.  You know how it is when you live with other people, the fridge gets rearranged whether you want it to or not.  Knowing that these containers are full of ‘that crazy vegan food’ tends to keep the family away.   They don’t know good eating!  I took a couple from the freezer straight to the microwave with no issues.   They washed up nicely in the dishwasher, too.  They’re about perfect.  I fill them on meal prep days and am ready to go for a few meals.  The containers are not leak proof, so I use them at home exclusively.  They do fit nicely in lunch bags, so just skip sauces and gravies and things should be golden.

Orgalif offers a five year, 100% satisfaction guarantee.  Five years!  That says a lot in this disposable world.   Go get yours, risk free, and get to prepping!

Your friendly neighborhood Sherrie’s been sick, y’all. It’s been unpleasant and completely threw me off my game. I didn’t want to cook, eat, or do anything involving being awake. It’s better, but it’s still harshing my mellow.  I’m eating again, but still mostly mouth breathing and looking at the world through one eye.

Be prepared for the onslaught of posts to come.  I have a few things to tell you about and just want to chat in general.

I received samples of BarnDad’s Fiber DX in exchange for my honest review from Tomoson.com.  I would not recommend anything I did not care for.

I have a love-hate relationship with fiber supplements.  I know I could use more fiber some days, but every experiment I’ve had with psyllium husk has failed.  Big time failed. Painful bloating no matter how much water I drink afterward failed. I’m not a quitter, but I think six failed attempts with different products should be a message.  But because of the family history of cardiovascular issues, I keep trying.  Experts recommend a healthy diet include a minimum of 25 and up to 50 grams of fiber per day.  Do you get enough? 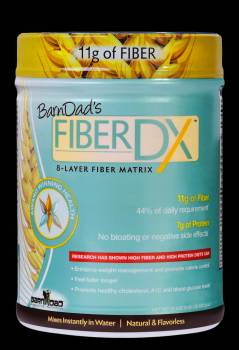 I usually get my fiber boost from ground flaxseeds these days, but an opportunity arose to try something new. I’ve seen ads for BarnDad’s Fiber DX around for years, but hadn’t taken the plunge because bloating.  I read the label and saw that that BarnDad’s products use a multi-layer fiber mix, so I accepted to offer to try the supplements.  I was not disappointed.  Not really. There was slight disappointment for the dairy-free person (me), but not for the omnivore (hubby).

BarnDad suggests you have one 15 minutes or so before a meal to help keep you from overeating.  The fiber and protein also aid in keeping cholesterol down, helps regulate blood glucose and A1C levels, and speeds muscle recovery.  Because we’re rebels, we had them either in place of regular snacks or after dinner to reduce late night snacking.

Hubby had his choice between the flavored versions, new Cinnamon Bun, German Chocolate, and new Strawberry Cream.  They each have whey protein and just 80-90 calories per serving.  Yes, I was kinda jealous.  First up was the Cinnamon Bun flavor.  It has whey protein, so I could not give it a try.  Hubby was happy to give it a shot because cinnamon bun.  He stirred it the first time he tried it and thought it was okay texture-wise.  (Note:  It was smoother and creamier when blended in the Ninja the second time he had it.)  He said it tasted just like a cinnamon bun, which surprised him.  The Strawberry Cream was okay, but then again, he isn’t the biggest fan of strawberry shakes.  He thought the German Chocolate was too sweet, but he isn’t as much of a fan of German Chocolate as I am.  He just doesn’t get it.  Am I right? 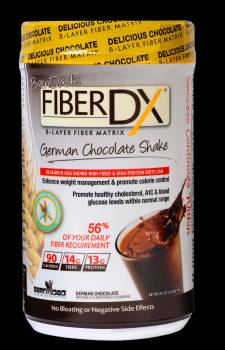 The only dairy-free option at this time is the Original Unflavored.  It has 11 grams of fiber and 7 grams of protein in each 50 calorie serving.  I decided that plain would not do, so I added it to two of my usual shakes.  The addition did not affect the flavor or texture of my usual protein/fruit shake and was undetectable in my protein latte.  The extra fiber and protein did not bother me at all. 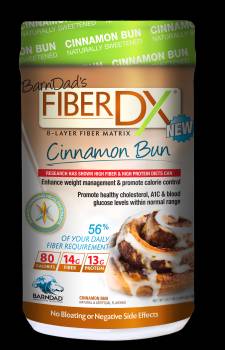 I cannot believe that any product with psyllium husk did not leave me bloated, but BarnDad’s did not. I still can’t believe it. The multi-layer fiber matrix is magical.

The verdict?  BarnDad’s FiberDX would work nicely in the daily (or almost daily) routine.  It adds a big dose of fiber and shot of protein in a yummy little package. I do wish the flavored varieties were also non-dairy so I could mix things up, but that’s not a deal breaker when it’s  so easy to use.

Give it a try for yourself.  Go to BarnDad’s website for free sample pack (shipping required), recipes, and more.  If you see it on your local store shelves, just pick up a tub and go from there.

Do you take a fiber supplement?

I received both sets of headphones for a discounted price from Tomoson.com.  My views are my own and I would not recommend anything I did not care for.

I have a headphone problem.  I tend to lose them myself or have them removed from my possession by my kids.  For those reasons, I try to keep a few pair on hand.  I don’t usually spend much because the kids snatch them, but lately I’ve decided to spend a little more for quality’s sake.  I have a pair from Skullcandy that I like and another pair for Yurbuds that do the trick.  What I didn’t have is a pair dedicated solely to work. When the opportunity arose to review a couple of pairs, I jumped at the chance. I was not disappointed in either.

First to arrive was a lovely pink pair of UiiSsi U1 In-ear earbuds.  Yes, pink, because I love pink and thought it might reduce the chances of them ending up with one of my kids. 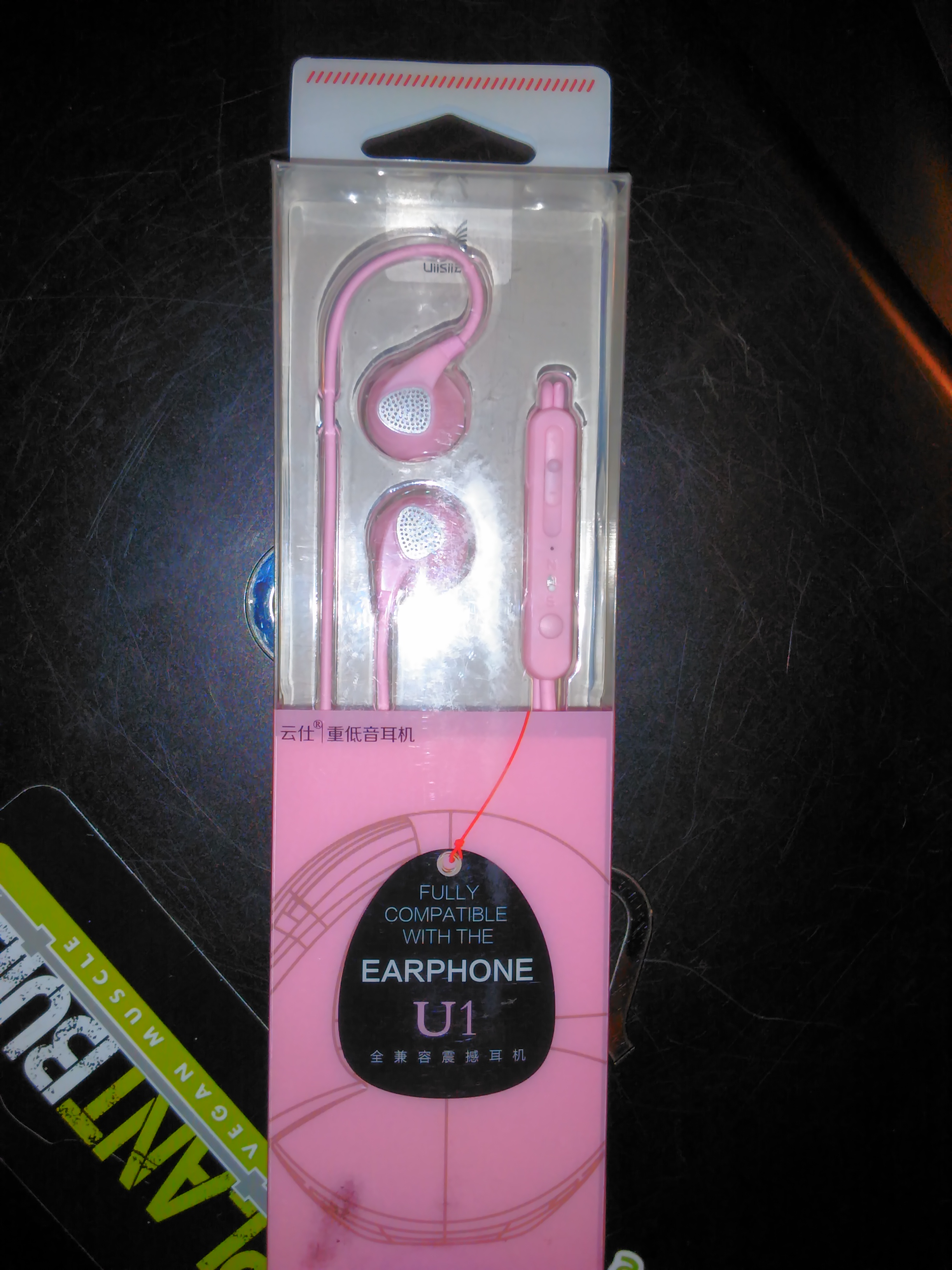 The sound quality is good and the microphone is clear whether used at my laptop or on my phone.The built-in remote worked smoothly and it was easy to control volume and song selection while on the go.  I wasn’t fond of the earbud shape, though, and they were a little difficult to put in. The cord is designed to loop around the ear or hang loose, wearer’s choice.  Looping them worked for me and they were fairly comfortable.

They were great around the house, but did not stay in well while I took laps around the neighborhood.  That was a little disappointing, but not a deal-breaker.   These are regularly priced at $9.99 and available in black, red, green, white, and the lovely pink shade I purchased. 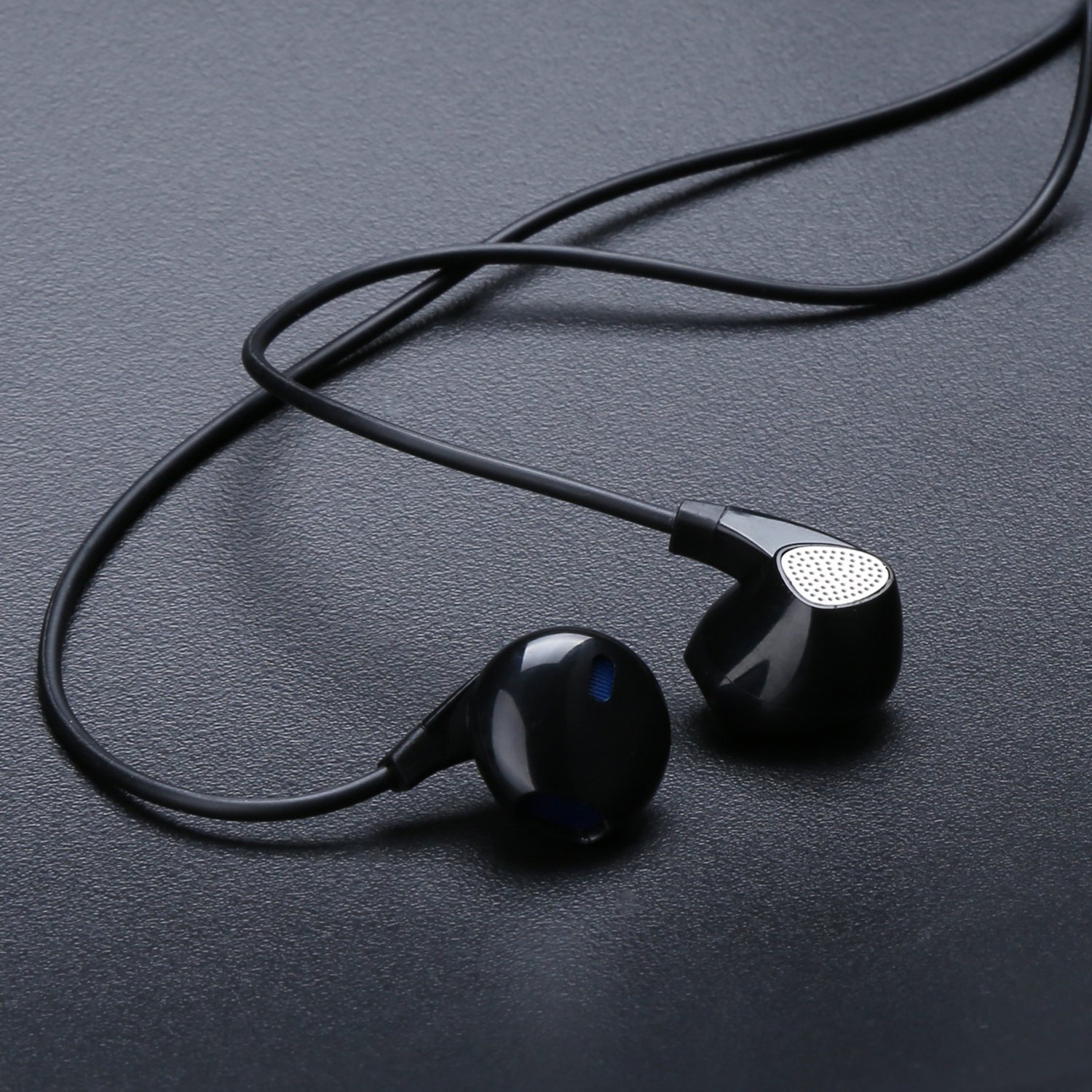 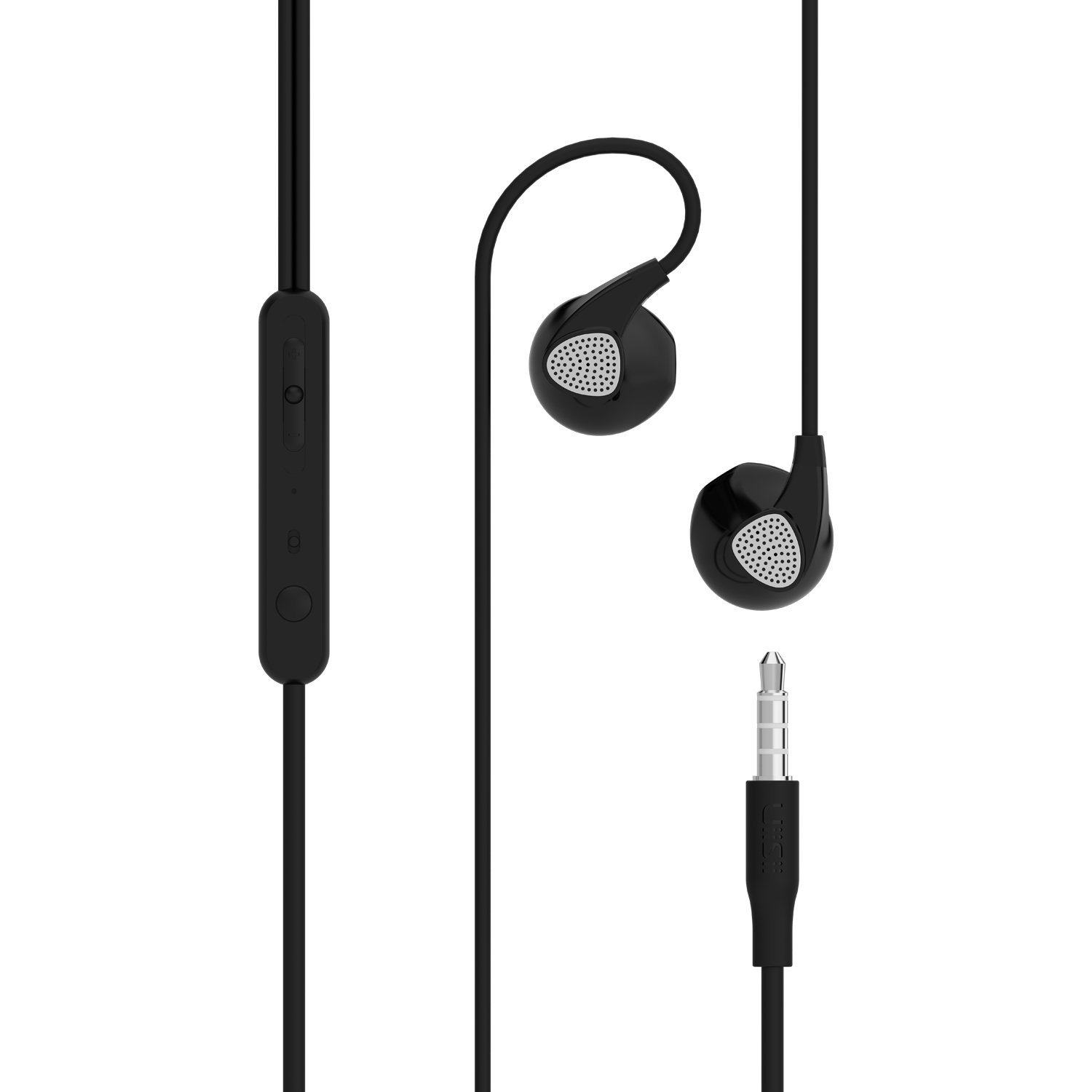 The second pair I tested was from MEE audio.  The MP7 Secure-Fit Sports In-Ear Headphones are fantastic!  They’re comfortable, have great sound with a clear microphone, and fit perfectly.   The built-in remote worked well at my desk and while on a walk.  A friend didn’t realize I was using a microphone and not speaking directly into my phone during a call, which was a plus. Another plus was the semi-hard case that would keep them protected in a purse or gym bag.   There were also additional silicone tips so that the optimal fit can be found. 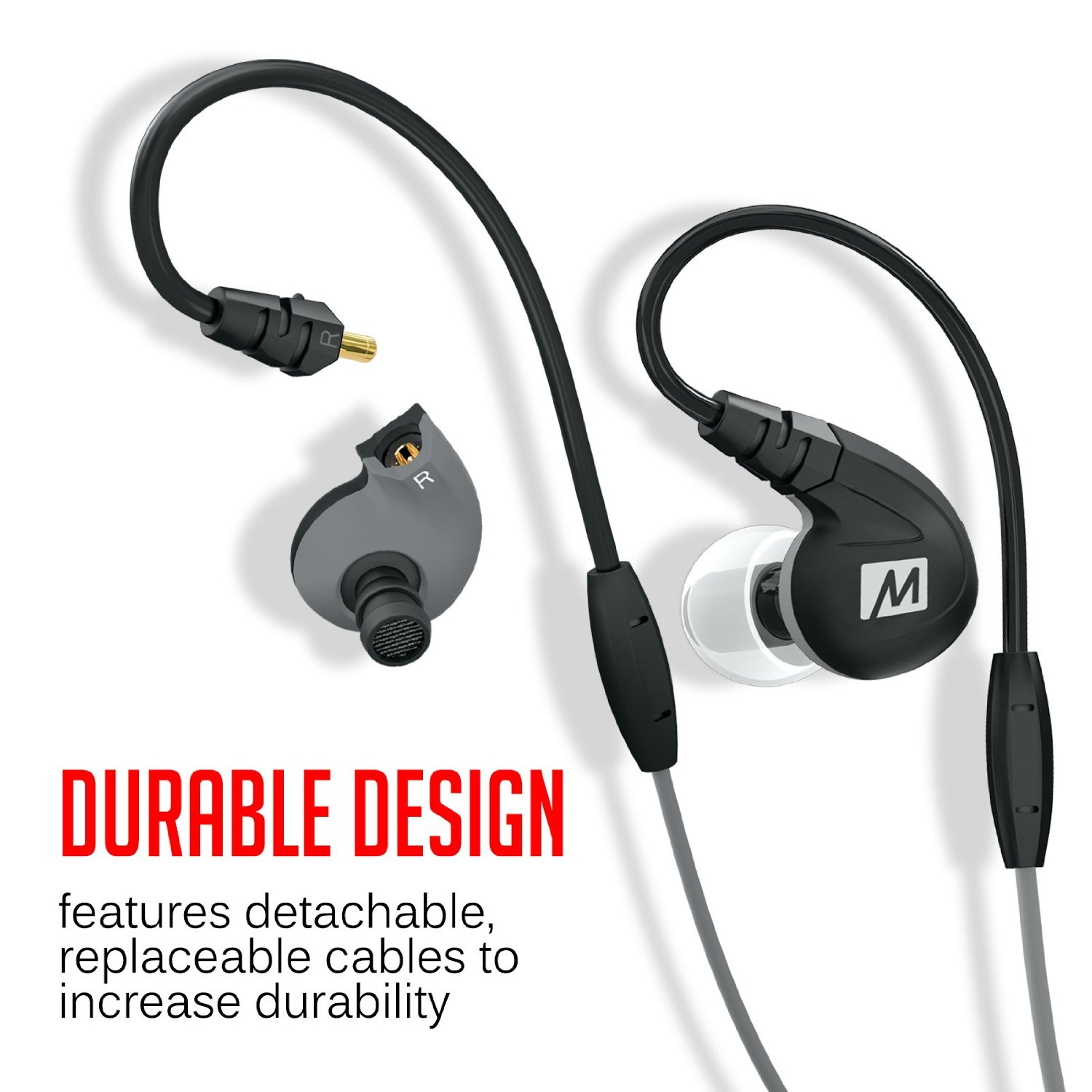 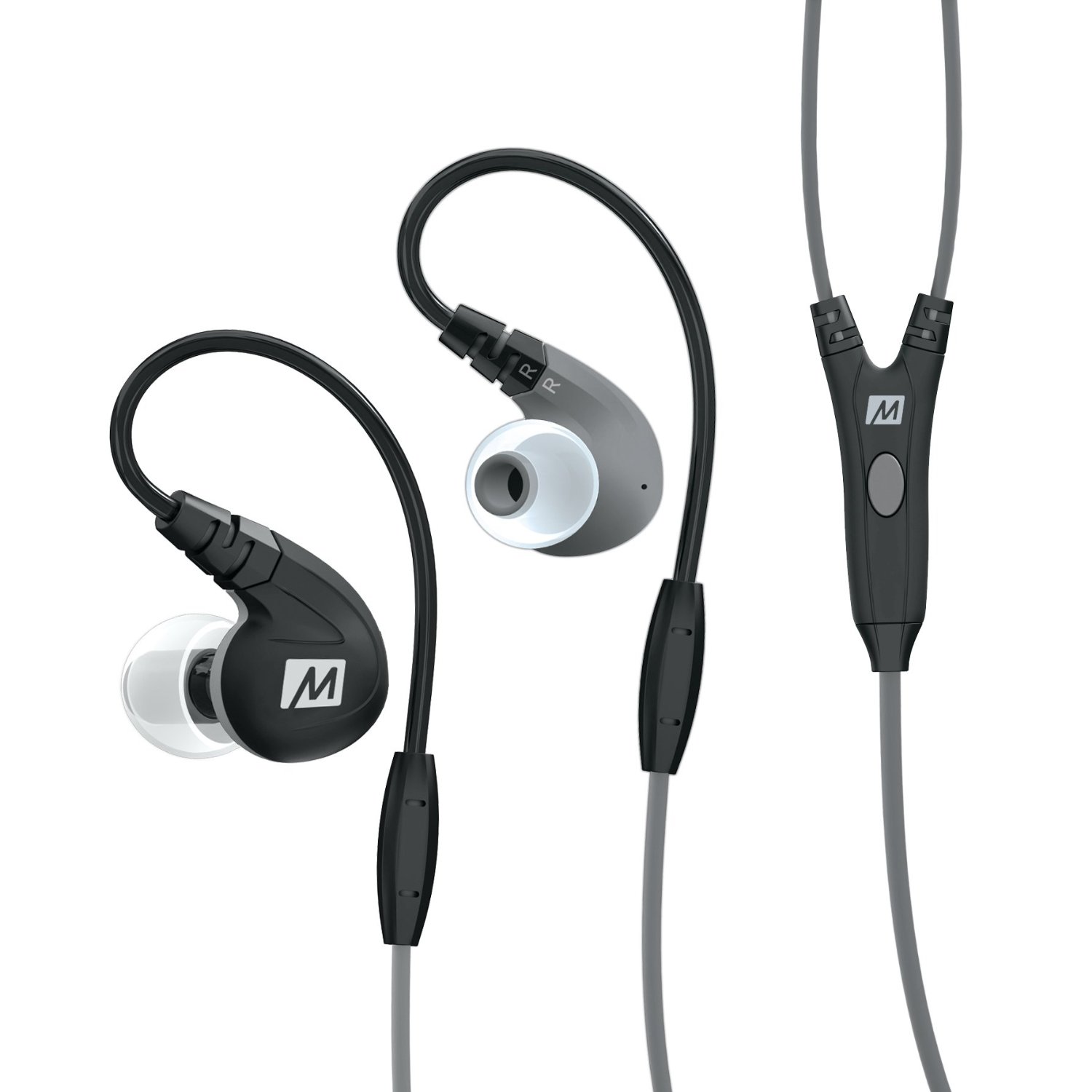 These are available in black, blue, green, and red at an average price of $39.99 on amazon.com and BestBuy.com.

At the end of the day, I prefer UiiSii for desk (or kitchen) use and MEE Audio for the gym or on the road.

If you’ll excuse me, I have som J-Rock to listen to while I get some kitchen prep done.